Soy Can Be Made Into More Than Flour

Tata Bi works for herself, financially independent and willing to share her success

The 67-year-old lives in the mountains in Togo’s interior, in Hihéatro, a small town. There’re two women sitting in front of a cooking site in the backyard. They’re busy boiling soy milk in large pots. One of them is Yawa Enyonam Akogo, aka Tata Bi. A friendly smile as a greeting, a relaxing, calm atmosphere. The backyard seems like an oasis away from the bustling street noise. The scent of lemongrass and mint fills the air.

First, the guests are served a glass of hot soy milk with mint. I’m wondering if a hot drink is just the thing to cool the body down in tropical temperatures of over 30 degrees celsius. But hey, the mint really does the trick.

Tata Bi remains in the background at first. After a few minutes, her shyness and restraint give way. While she’s stirring the soy milk, she tells us her story. A success story: Tata Bi became aware of soy 30 years ago. No wonder, soy is grown all around her hometown. It’s a seasonal business. Once a year, the beans are harvested, and so once a year there is money from the sale of the beans.

Once a year wasn’t enough for Tata Bi. She always wanted to make a difference. She’s a businesswoman, she says, dynamic and ceaselessly full of new ideas. With many gestures, she speaks about how she created a new business field with soy and at the same time generated work opportunities for the women in the small town. 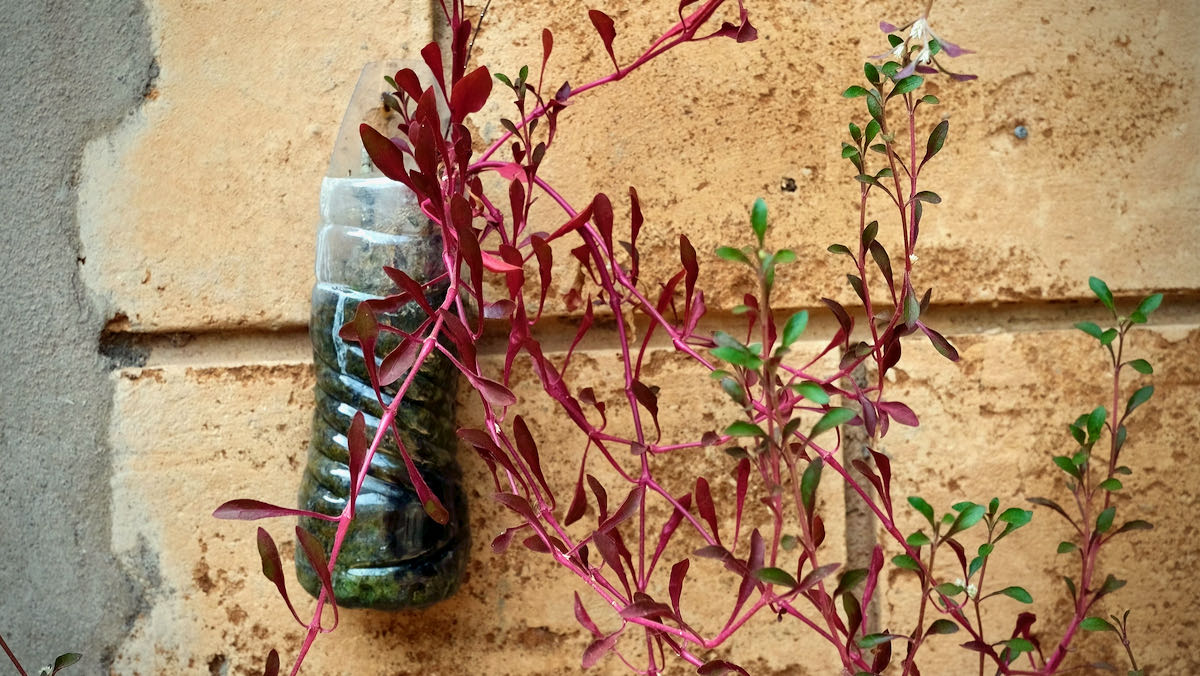 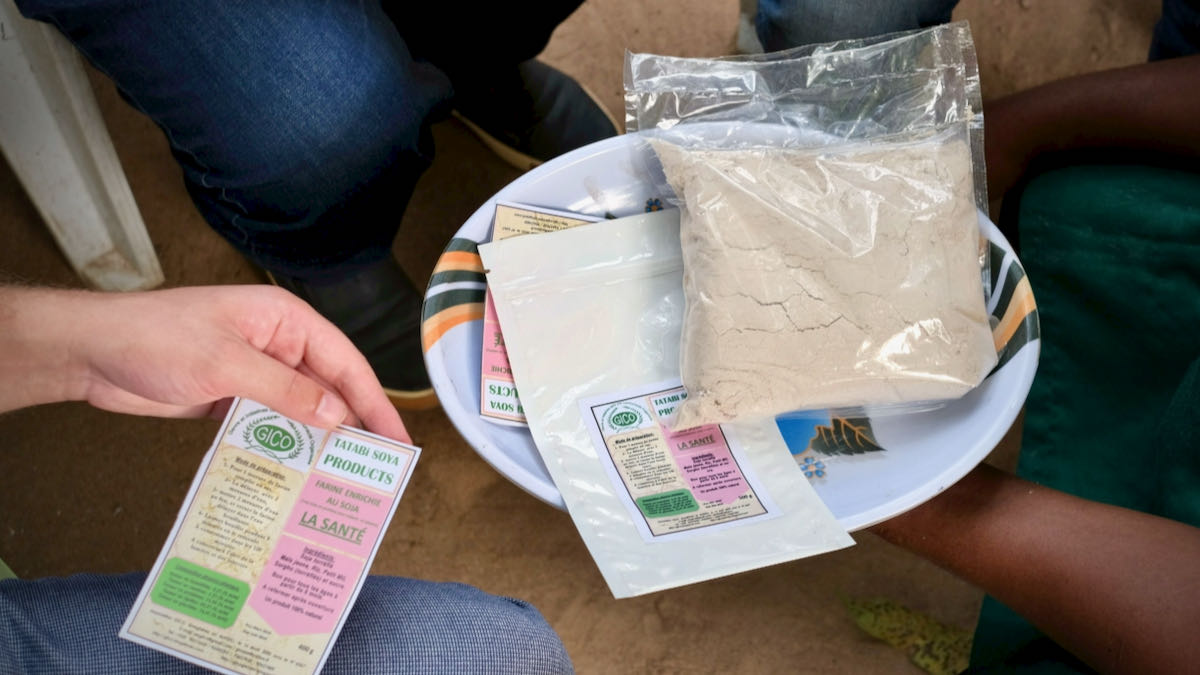 Soy can be made into more than just flour, says Tata Bi, the self-made entrepreneur. #agriculture #Togo #africa Click To Tweet

“Soy can be made into more than just flour,” says the self-made entrepreneur. The soybean is a natural crop that can be used to make a lot of different kinds of dishes. So she started a small processing business— first on her own, then with a few other women. It provides the women with an additional source of income year-round besides selling the soybeans.

The protein and oil-rich legume soy offers a wide range of possibilities for adding variety to the daily diet. Tata Bi and her colleagues bake soy bread from clay ovens, produce delicious soy cheese, which is especially good combined with peppers and onions on barbecue skewers, try soy scrambled eggs, soy cheese sandwiches, or sweet doughnuts. A paradise for vegans.

She learned how to make all these products in several training courses at the Green Innovation Centre – a GIZ project that is part of the One World – No Hunger initiative.

Now Tata Bi is packing the baby food into bags and sells them. It’s mixed with other vitamin-rich cereals such as millet. Tata Bi develops the new products together with the four women and two men who work for and with her now. But that is not all. She also runs training courses and imparts her knowledge to other women via local radio.

In addition to the clay oven, a small soy training center with a focus on entrepreneurship and processing has been established in her backyard. Tata Bi invests part of her income in her growing business — for example, in a washing station in the early 2020s to maintain hygiene standards.

Nevertheless, soy is far from being a competitor to wheat or meat. It’s still too unknown as a foodstuff for domestic consumption and too expensive compared to the other products. In order to establish an additional food in society, the Green Innovation Centre supports 1,088 women organizations and entrepreneurs throughout the country who operated soy processing — and 6,957 soy producers. With workshops on entrepreneurship and videos on how to produce soy-based food, the aim is to help women market their products to increase demand for local soy products and generate income year-round.