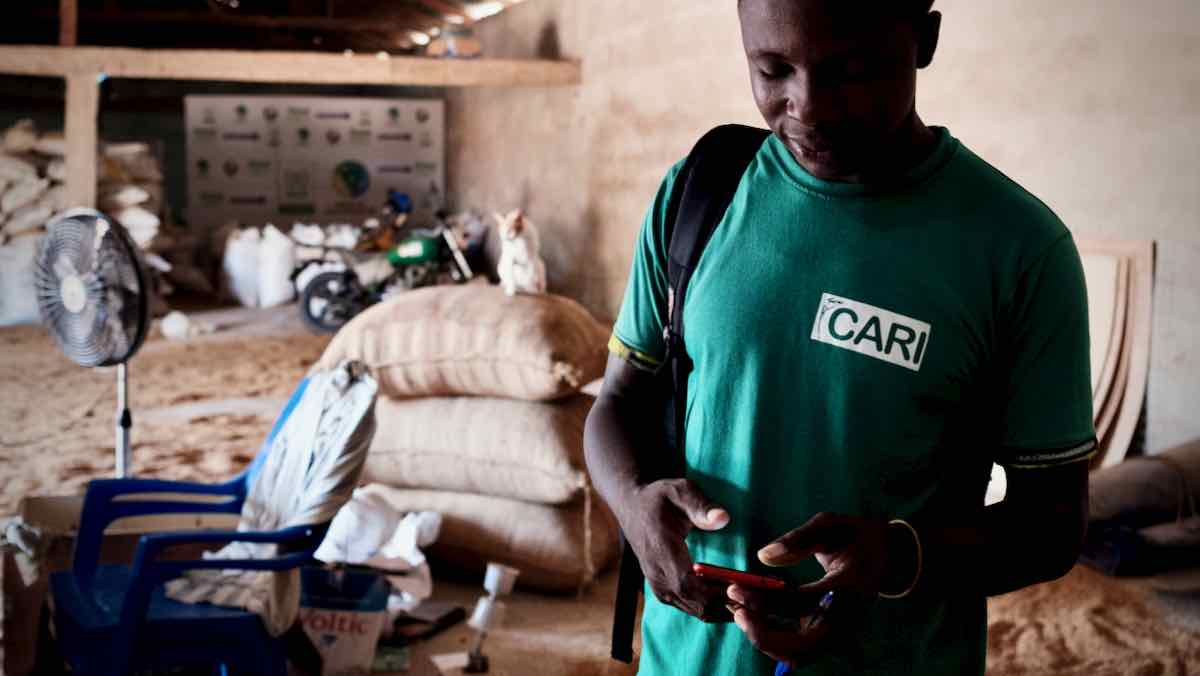 The photo shows Mathew Abass, an extension officer with Tamanaa Rice Processing Factory, using the PaddyBase phone app to record bags of fertiliser he was providing to Musa Dawuni, an outgrower, at the factory premises in Nasia in the North East Region of Ghana in September 2019. The factory and its outgrowers are supported by the Competitive African Rice Initiative (CARI), which aims to boost productivity and strengthen the rice value chain. The factory’s operations, record keeping and outgrower relationships are in the process of being digitised through the use of PaddyBase, which was developed by Lagos start-up Crop2Cash.

CARI continuously explores the use of ICT solutions to help advise farmers on sustainable practices and beyond. The public discussion is quite often focused on the use of smartphones and sophisticated applications and may neglect more traditional channels.

The survey wanted to clarify what the actual preferences of farmers for different kinds of ICT solutions are and more specifically aimed to explore the smartphone penetration rate amongst rice farmers in Nigeria and Burkina Faso.

In Nigeria, a total of 89 percent of interviewed farmers indicated to own a radio, in Burkina Faso it was even a total of 92 percent. When asked whether they used radio to access agricultural information, 87 percent of the radio owners in Nigeria said they did. In Burkina Faso, it was 95 percent.

While the survey showed that about 87 percent of rice farmers in Nigeria and 88 percent in Burkina Faso had either a smartphone or a feature phone, most farmers continue to rely on simple feature phones (74 % and 77 % respectively).

Many farmers use phones throughout the day

While in Burkina Faso 56 percent indicated that they use phones throughout the day, it was only 27 percent of farmers in Nigeria. Most Nigerian farmers said they used phones during the evening (39%). In Burkina Faso on the other hand, only 17 % said they did

In Nigeria, 85 percent of farmers indicated that calls are the most important feature of a phone, followed by the entertainment (6%), and mobile data (1%). Less than 1 percent said that they saw messages as the most important feature. This pattern is even more noticeable in Burkina Faso, with 97 percent of interviewed farmers preferring phone calls.

Most Nigerian smartphone users know how to handle the device

While the sample size is small, smartphone users amongst Nigerian rice farmers said they found smartphones easy or very easy to use (98%). Similarly, almost all smartphone users in Nigeria indicated that they knew what a mobile application is (95%) and could download them (92%). In Burkina, however, smartphone users appeared to be less familiar with the device with only 65 percent indicating that the devices were easy or very easy to use. In addition, only 47 percent said they knew what an application is and only 30 percent could download one. 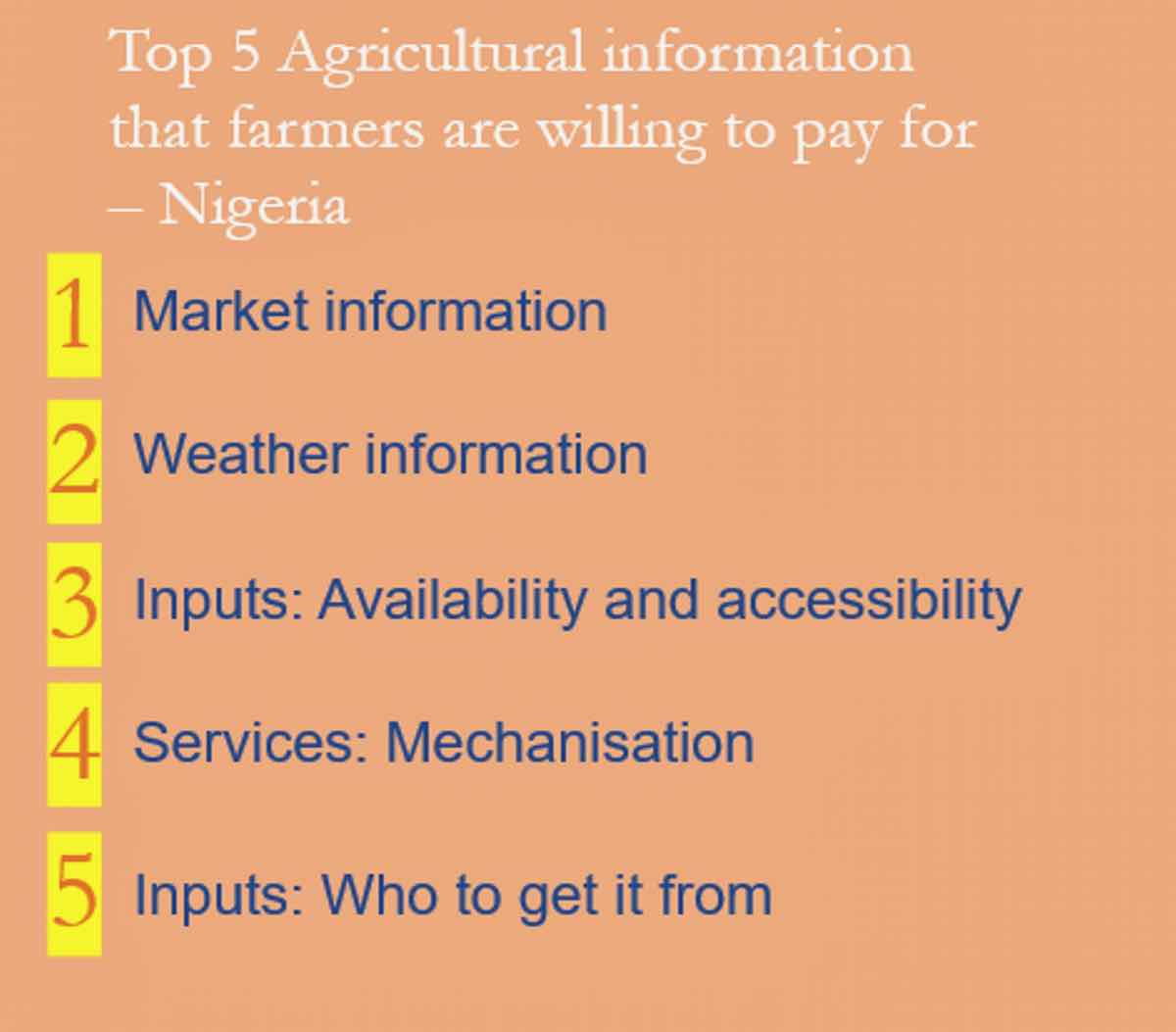 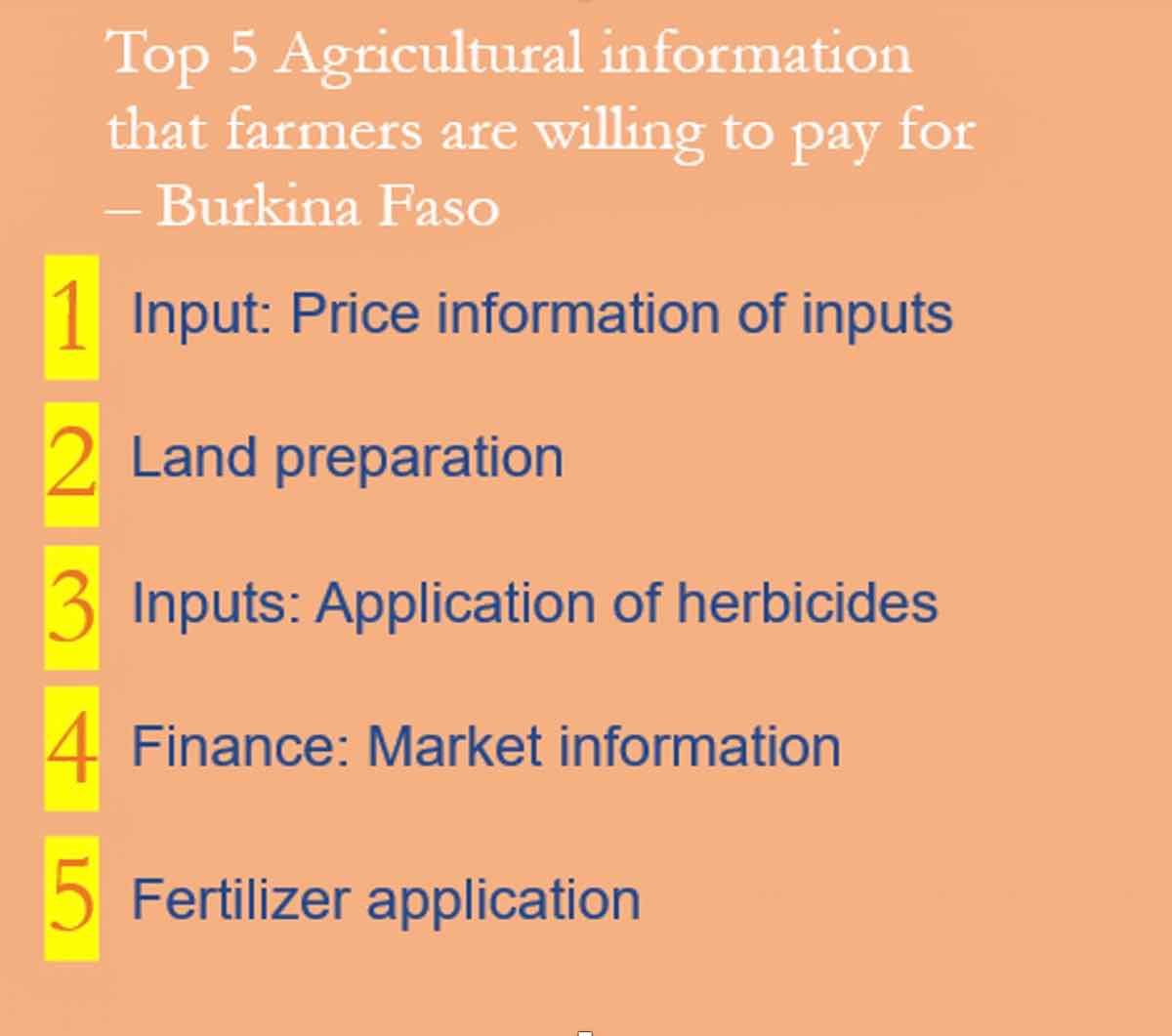 Farmers willing to pay up to 3.5 USD per person for agriculture advice

The survey revealed that 80 percent of rice farmers preferred to receive agricultural information by audio, followed by graphic presentations (62%), video (58%), and text (50%). 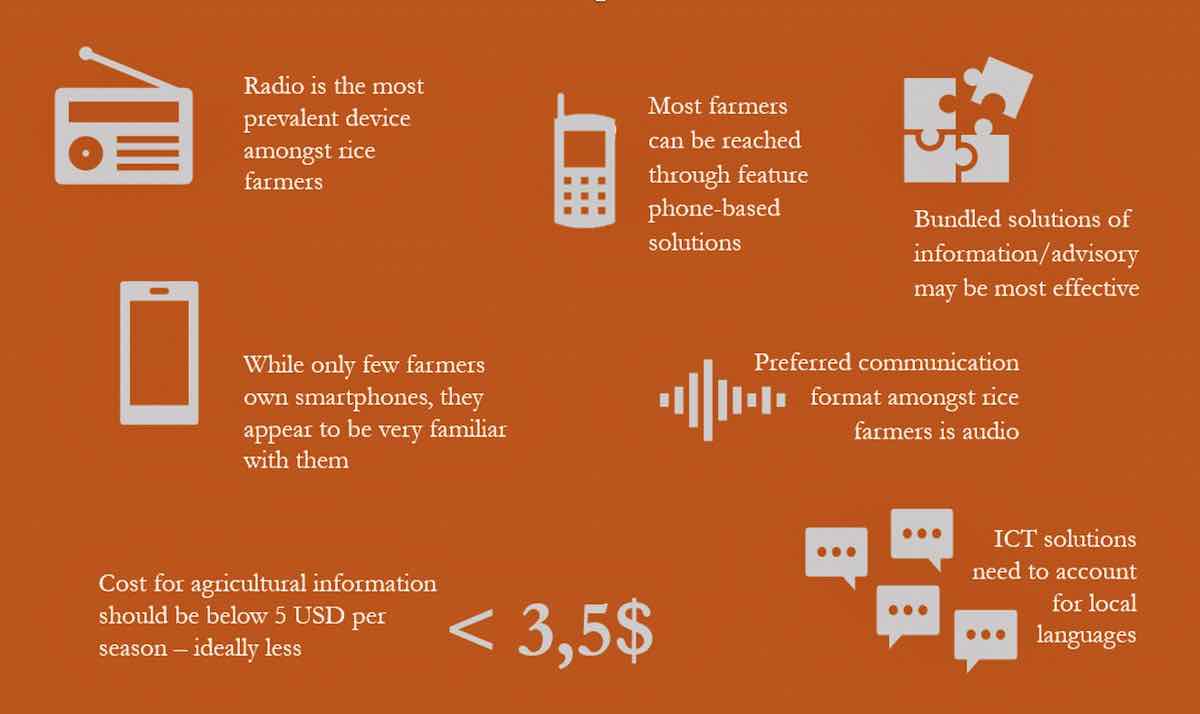 CARI already started harnessing the insights gained from this survey for their field activities, focusing on radio and USSD-based solutions to support rice farmers at scale.

The Competitive African Rice Initiative (CARI) works with smallholder rice farmers in Nigeria, Burkina Faso, and Tanzania and continuously explores the use of ICT solutions to help advise farmers on sustainable practices and beyond.