Setting the Scene — Why Gender-Transformative? 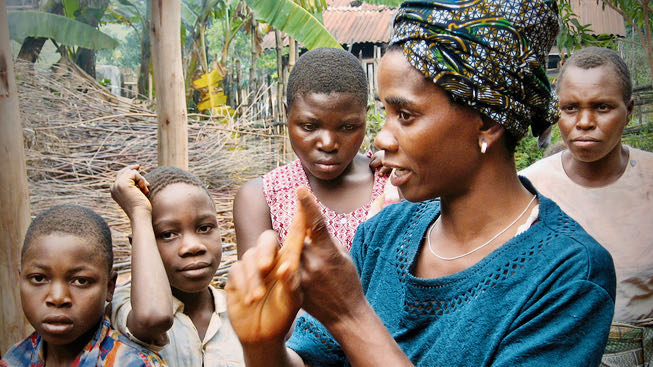 The ability of women and girls in the Global South to successfully contribute to food and nutrition security is critically limited by persistent patriarchal gender norms. Decades of efforts to increase women’s empowerment have failed to bring about significant structural changes.

Gender mainstreaming and gender integration approaches often do not address the root causes of structural barriers. Therefore, research and development practice has shifted to gender-transformative approaches in the past 10 to 15 years. These approaches seek to acknowledge and confront issues of power and social injustice to transform the political, social and structural dimensions of gender equality and achieve long-lasting social change.

Transforming #genderrelations is an inherently political act, which takes strong organisational support and willingness to engage with #gender as an issue of power and injustice. Click To Tweet

A scoping study was commissioned by GIZ’s ‘Knowledge for Nutrition’ (K4N) programme to screen the current state of scientific evidence regarding gender transformative approaches for improved nutrition outcomes in low-and middle-income countries. Publications from peer-reviewed scientific journals and from research institutions and programmes with high scientific standards, mainly published between 2015 and 2020, were considered.

What’s out there in the scientific literature?

Studies of interventions in this area found that focus on engaging men in changing gender norms can promote gender-equitable attitudes, women’s self-confidence and shared decision-making between men and women, which in turn can contribute to improved reproductive and maternal health and child nutrition.

Studies indicate that women’s empowerment in agriculture can lead to increased control over assets, food security, child nutrition, women’s well-being and improved education. However, there is also evidence that projects do not always lead to more equality, even though they are designed to be gender-transformative – as projects often fail to reduce the gender asset gap in all areas. Women’s decision-making power may increase in some domains, but often men continue to have primary decision-making power.

A double-edged sword: While the increasing commercialisation of agriculture is a pathway to greater food security and dietary diversity, it can limit women’s bargaining power and control over income, as men usually control the income from cash crops and women mostly control subsistence crops. On the other hand, gender-transformative approaches combined with agricultural innovations can lead to improved nutrition and reduction in food losses resulting from improved income and gender equality.

The evidence on gender transformative approaches in a nutshell