Report on a networking and peer-learning event 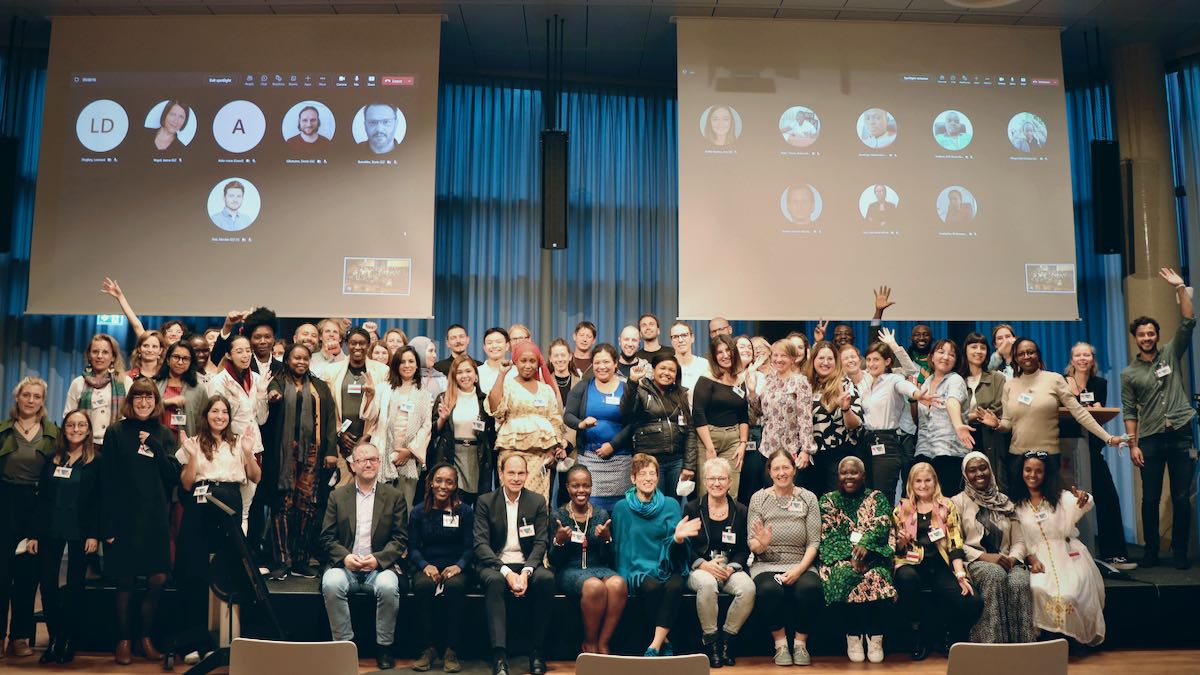 Guiding questions of the event

Over 70 GIZ colleagues from 18 different countries came together to build a common understanding, exchange on tools, challenges, and opportunities, ask critical questions and make sense of the German government’s feminist foreign and development policy framework. At the centre were these questions:

Nozomi Kawarazuka, a gender expert from CGIAR's International Potato Center in Vietnam carefully and critically examined agricultural development with a gender lens. She raised painful subjects such as the insufficient involvement of gender focal points in project designs, implementation, and evaluation, the unsatisfactory attention towards intra-household gender relations and the danger of marginalizing ethnic minorities and economically precarious women through agricultural interventions.

„If we are neglecting intersectionality, we run the risk of seeing the challenges as individual lack of capacities instead of structural problems and we might support already advantaged women,” Kawarazuka added and went on to stress the importance of understanding gender norms and women’s roles within the agricultural value chain, cautioning against a standardized meaning of empowerment.

Empowerment, as she pointed out, was not always understood in economic terms but could take on very specific meanings depending on the context. Kawarazuka’s moving personal insights into her position as a gender specialist were met with broad support from many participants who could very much relate to the challenges she described.

Perspectives from BMZ: From fighting symptoms to transformation

Anke Oppermann, Head of Directorate 12, Decent Work Worldwide, Food and Nutrition Security, shed a light on BMZ’s feminist development policy and its implications for the transformation of agri-food systems. The policy was based on three Rs — resources, rights, and representation — and went beyond fighting symptoms by merely targeting women and girls in development projects.

"Women and girls as well as other marginalized groups have to sit at every table”, Oppermann said. Thus, transforming systems called for projects to be designed in gender-transformative ways which also meant challenging existing views and patriarchal structures.

“A feminist development policy is a crucial resilient approach for the urgently needed transformation of our agri-food systems,” said Oppermann.

Much in line with BMZ's argumentation was the input of GIZ Gender Commissioner Angela Langenkamp who highlighted the importance of gender-transformative approaches. They eliminated the root causes of structural inequalities, unequal power relations and gender-based discrimination. And this, she reminded the audience, took more than the involvement of individual women.

“A feminist development policy calls on all of us to dig a little deeper and unveil power structure and provisions of whichever nature that manifest and maintain patriarchal power structures or favour one gender over another,” Langenkamp said.

Being brave and connecting the dots

Everyone on the hybrid panel agreed that the window of opportunity for gender-transformative approaches was already wide open. As Kirsten Focken, Head of the Regional Division 1600, Western Africa II and Madagascar said GIZ colleagues should be inventive and brave to develop projects that have an impact.

Marc Nolting, Head of Regional Division G530, Global Agenda for Food and Nutrition Security promoted the idea of upscaling gender-transformative approaches as the golden version of the gender spectrum and long-term target of new projects. As a concrete measure, he proposed structured and future-oriented dialogues with the commissioning parties in which the need for a specific programme to address the root causes of gender inequality at global scale could be discussed. From his perspective the latter would help connect the dots, as cluster coordinator Ousmane Djibo from Burkina Faso had demanded.

Embarking on a path of continuous learning

The path towards more just societies is not necessarily linear nor smooth but requires us to continuously look inwards - at our own attitudes and assumptions. This was demonstrated by Christel Weller-Molongua, Head of GIZ’s Department G500, Rural Development and Agriculture who gave a personal account of 19 years of service abroad in Niger, Mali, Benin, and Honduras. The task included not only learning from successes but also from failures that shaped her individual gender path — and in many ways resonated with Kawarazuka’s keynote. 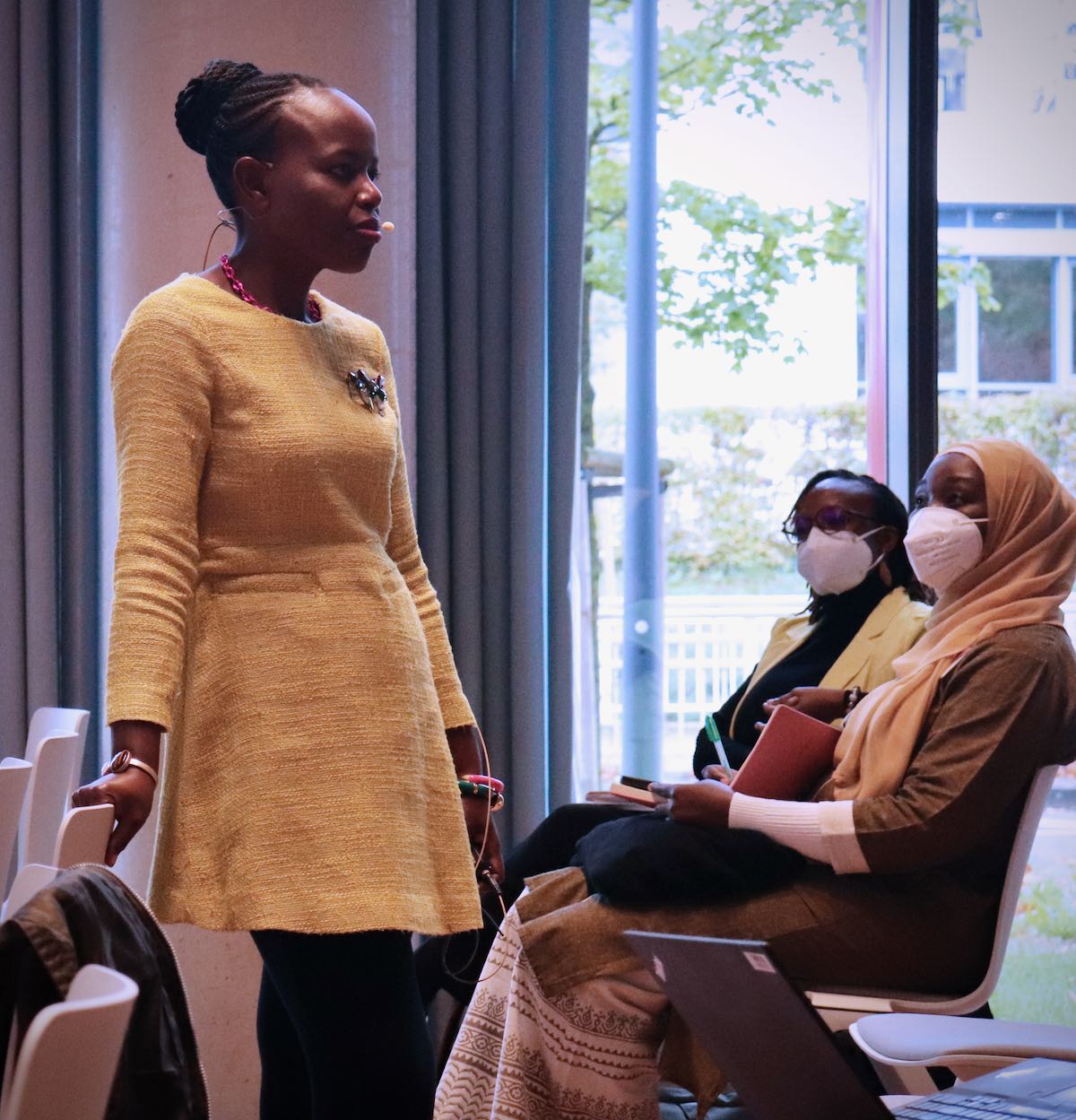 Njeri Kimotho, Global Inclusivity Lead at Solidaridad, engaged with participants
while giving her input "Beyond Gender in Agriculture" ⎮ © GIZ

Unwrapping the meaning of feminism

The day was kicked off with a truly inspirational and engaging input by Njeri Kimotho, who is the Global Inclusivity Lead at Solidaridad.

“What does feminism mean?” Kimotho asked the audience — and as with many questions, the response depended on whom one asked.

For Njeri Kimotho feminism means power change advocacy, regardless of one's gender identity. In her view, a holistic understanding of feminism is needed, one that doesn’t trigger negative reactions, for example by some men.

Following her definition feminism as such is closely intertwined with the obligation to reimagine and decolonize development by moving beyond a hegemonic approach. Instead, one should consider the values and aspirations of the local communities. Indigenous and local knowledge should inform development projects to ensure a long-term impact.

“We [usually] go to the unicorns”, said Kimotho addressing the tendency of development projects to work with those who look shiny and well organized, those who know which gatekeeper to turn to. But how could we seriously involve the marginalized of the marginalized in our projects in a meaningful way? How do we unload our backpack of privileges?

From theory to action

These questions were carried into group workshops. From the role of gender focal points and their need for leadership support and resources, the need for more capacity development and transformational learning, ideas around enhancing ownership to the question of knowledge management beyond “another book in the dusty shelf”, the workshops were fertile soil for collecting ideas and brainstorming potential solutions.

Time and time again, the need to learn concrete tools and to be inspired by positive examples emerged. In the limited timeframe available, there was some space for it at the Open Fair where different projects had the chance to open a conversation about their gender work, products, and tools. Colourful presentations by practitioners from at least ten countries had us thrilled with their creativity and knowledge, strengthened our networks, and encouraged us to keep up the important work.

On day three Monika Adelfang, a South African consultant, and Ralf Barthelmes, Gender Focal Point and Senior-Advisor at the Green Innovations Centres gave insights into one of the many ways people are already trying to put gender-transformative approaches to action by presenting on the gender-transformative approaches SME training and coaching loop (access GIZ-internal only).

After the official closing

Participants in separately held workshops of the gender-transformative approaches working group, as well as G500 gender focal points, advocated for stronger feminist networks, more resources, staff and expertise, a better integration of gender expertise into job interviews, indicators and module objectives and a better operationalization of gender-transformative approaches based on existing valuable data. These voices illustrate the common ground participants have found in three days of the conference. There is a long road ahead, but there are people who are willing to walk it.

The event was co-organised and facilitated by SNRD Africa’s working group on Gender-Transformative Approaches in Rural Development and the G500 gender focal points. It was moderated and supported by Damjan Denkovski, Liam Li and Sumeyya Soylu from the Centre for Feminist Foreign Policy and financially supported by Global Project AgriChains, Knowledge for Nutrition, and Sector Project Agriculture. 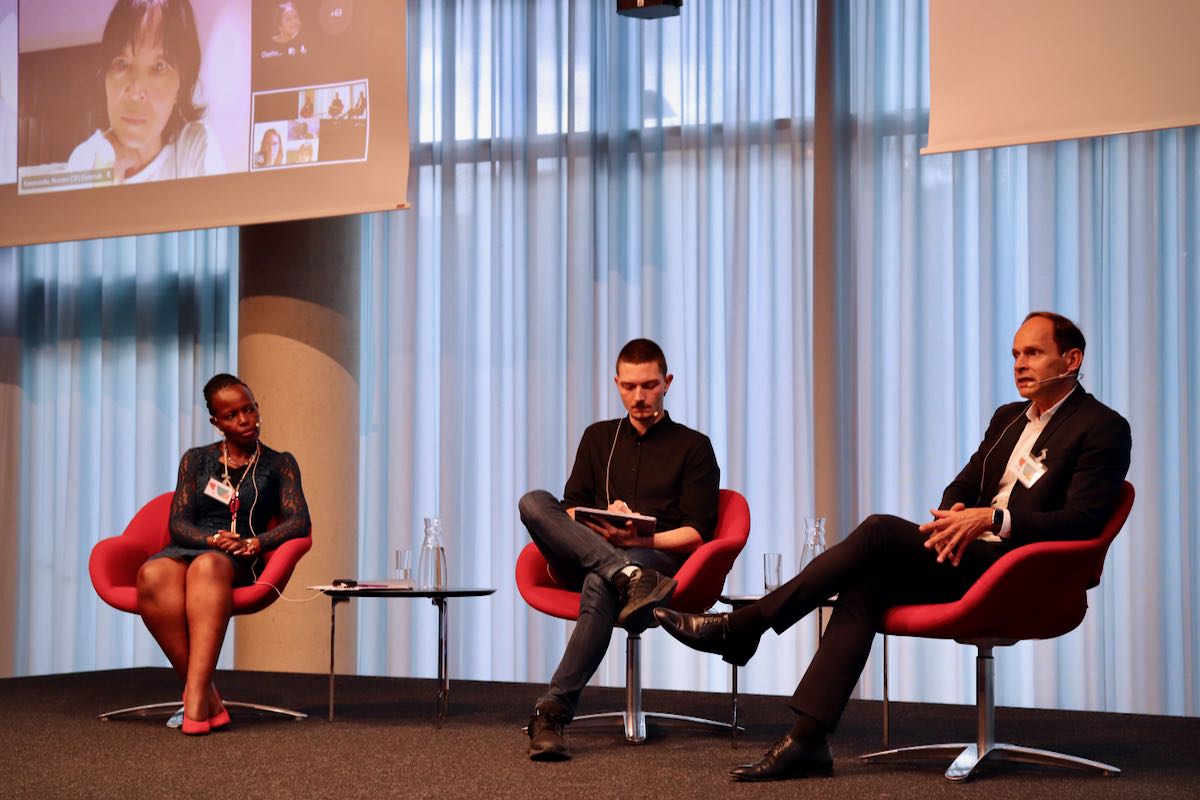