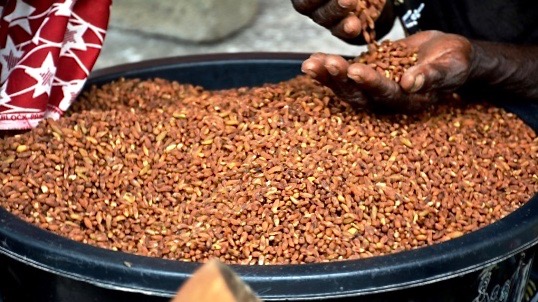 In Cameroon’s Far North Region, non-timber forest products (NTFPs) have shown great economic potential. Especially Azadirachta indica, aka neem, nimtree or Indian lilac is very promising since it has many different qualities that can be exploited economically in various ways. The plant is primarily known for its therapeutic and insect repellent qualities and the fruits and seeds of the plant contain oil which the women in the Far North Region extract with traditional methods.

However, the old ways and means of the local production are getting under pressure by competing imports lately. Neem oil has also become available on the local markets in form of attractively packaged and processed foreign products.

The contribution to the local economy

While 35% of the rural population in the Far North Region is considered poor and half of them are women, their contribution to food the production is nearly 60%. In the NTFP subsector, for example, women are predominantly working in product collection and in income generating areas such as processing and marketing.

With this in mind, it is important to develop NTFP value chains on the basis of an assessment of the potential for value addition to specific products, which can certainly lead to opportunities for the promotion of the local economy, especially women and young people. 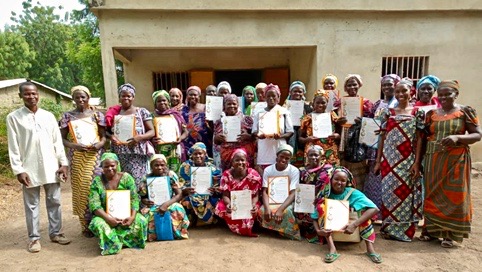 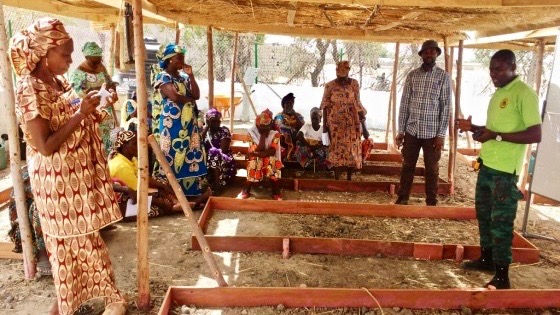 Since 2017, 76 cooperatives comprising 1,271 women have been joined in a network to and ProPFE helped to strengthen their managerial and technical capacities. The activity allowed women to broaden their vision over the entire value chain. They became more interested in working in other parts of the value chain as well, for example in seedling production, processing and marketing of neem oil, and in developing business partnerships. The results have encouraged about 50 youths to join the NTFP networks.

In 2018, five micro-processing units were set up in Maroua, Yagoua and Kaélé in the Far North Region of Cameroon, which led to an increase of the oil production from 4,420 liters in 2017 to 10,000 liters one year later ⎯ which is equivalent to about 27,900,000 francs more in current market value, a substantial increase in income for more than a hundred households. 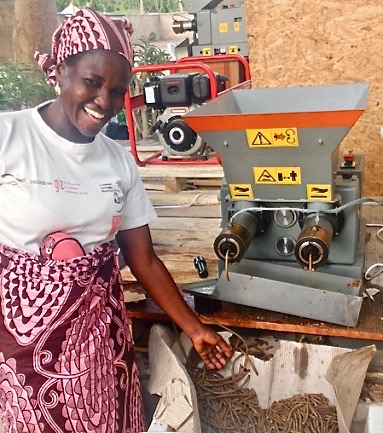 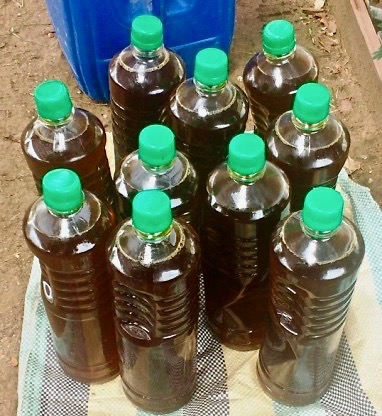 “The task has become less burdensome with the establishment of micro-processing units. When one was not organized, one made less than 2000 Frs profit off one liter, the transformation of neem oil was less attractive and discouraging. But today we manage to make up to 3500 Frs profit per liter. This allows us today to take care of ourselves and contribute considerably to paying for school fees, medication and clothes for the children.”

Because of the great demand for neem oil at the local and national level, it deserves being given special attention. Indeed, extensive international research and business partnerships with the biochemical and pharmaceutical industries could further boost the development of the sector ⎯ to the benefit of women and young people in the Far North Region of Cameroon.