A means to protect the soil and resolve conflict 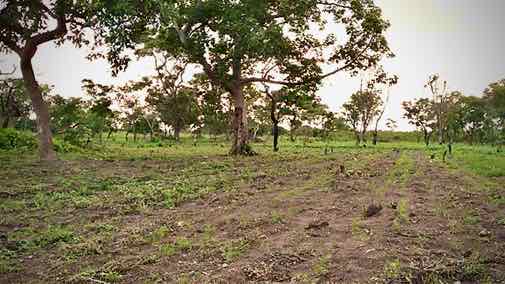 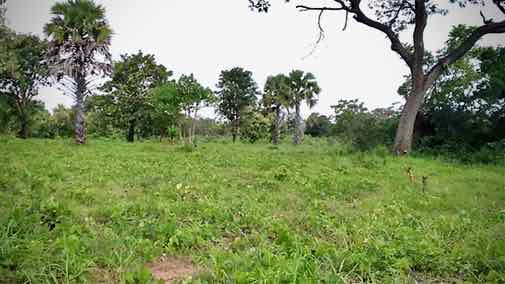 In Benin, the Soil Protection and Rehabilitation for Food Security (ProSOL) project promotes sustainable land management to protect degraded soils. The measures implemented need to be protected to ensure their effectiveness and sustainability. What compromises the implementation of sustainable land management measures? Transhumance. When herders’ livestock enter such plots, crops are threatened, causing a conflict situation between producers and herders. One measure for protection and conflict resolution is fodder plot innovation, which allows farmers to protect their land and herders to find feed for their livestock.

Agriculture plays a major role in Benin’s economy. According to the report drawn up by the Ministry of Agriculture, Livestock and Fisheries, the agricultural sector contributed around 28 percent of the country’s GDP in 2019.

Right now it faces many challenges, among which transhumance is of paramount importance. It causes damage to crops and it is a source of regular and sometimes bloody conflicts between farmers and herders. It is a burning issue that sometimes causes concern in areas where livestock numbers are relatively high, pasture resources are scarce and there are large movements of livestock.

How can this conflict be mitigated?

The pastoral code provides for pastoral areas such as the grazing area, the passage corridor, the transhumance track, resting areas, waiting areas, vaccination centres, watering or drinking points and fodder or water resources.

The Soil Protection and Rehabilitation for Food Security project carries out different measures for sustainable land management and for adaptation to climate change. Technicians from partner NGOs train and supervise farmers in four departments of Benin: Zou, Collines, Borgou and Alibori.

As part of the 2020-2021 agricultural campaign, ProSOL has initiated a partnership with a few town halls to set up fodder plots to protect the plots treated by several sustainable land management and climate adaptation measures.

Livestock farmers win because the fodder plot produces fodder for animal feed and even improves the quality of the soil. It also guarantees the availability of fodder in the dry season and allows the intensification of animal production.

At the same time, producers gain as soil fertility is maintained. The fodder plot also promotes water infiltration and conserves soil moisture and protects the soil against water and wind erosion. In addition, it allows high carbon sequestration in the soil.

The sale of fodder provides additional income. In addition, the harnessed crop animals are well-fed in the dry season and therefore better able to work right from the start of the agricultural season.

ProSOL has been able to install fodder plots and communal plantations in the communes of Sinende, Kalalé, Bémbéréké, Kandi, Gogounou, Banikoara, Ségbana, Djidja, Savalou and Bantè. The project works directly with these 10 town halls to implement this innovation. Each fodder plot is managed by a village committee, which includes farmers, agro-pastoralists, herders, hunters, wood farmers, landowners, youth, women, wise men and notables and local authorities.

For example, in the commune of Bembéréké a fodder plot was installed with the support of ProSOL (Image 1). It is in the village of Guessou Sud and was built on an area of two hectares. The seeds for the improvement plants were provided by the project including Bracharia, Mucuna, Aeschynomene, Stylosenthes and Panicum. The semi was done in August this year, 2020. The local committee is responsible for the management of the plot: The committee is made up of the town hall, ATDA, the village delegate, residents and ProSOL agents.

A second example comprises a fodder plot in the municipality of Sinende which was also installed in 2020, on a surface of two hectares (Image 2). The town hall is responsible for planting while the Municipal Unit of the Territorial Agency for Agricultural Development (ATDA) 2 of the municipality monitors the activities together with the support of ProSOL. The project has made available several seeds of soil-enriching plants such as Bracharia, Mucuna, Aeschynomene, Stylosanthes.

This first experience will provide the municipalities with enough seeds to expand in the future. From the second year onwards, farmers can graze their animals. This will lead to a reduction in local conflicts next year thanks to close cooperation between the various actors in ProSOL’s target group.

The next steps for these fodder plots include maintenance, plot protection and harvesting.