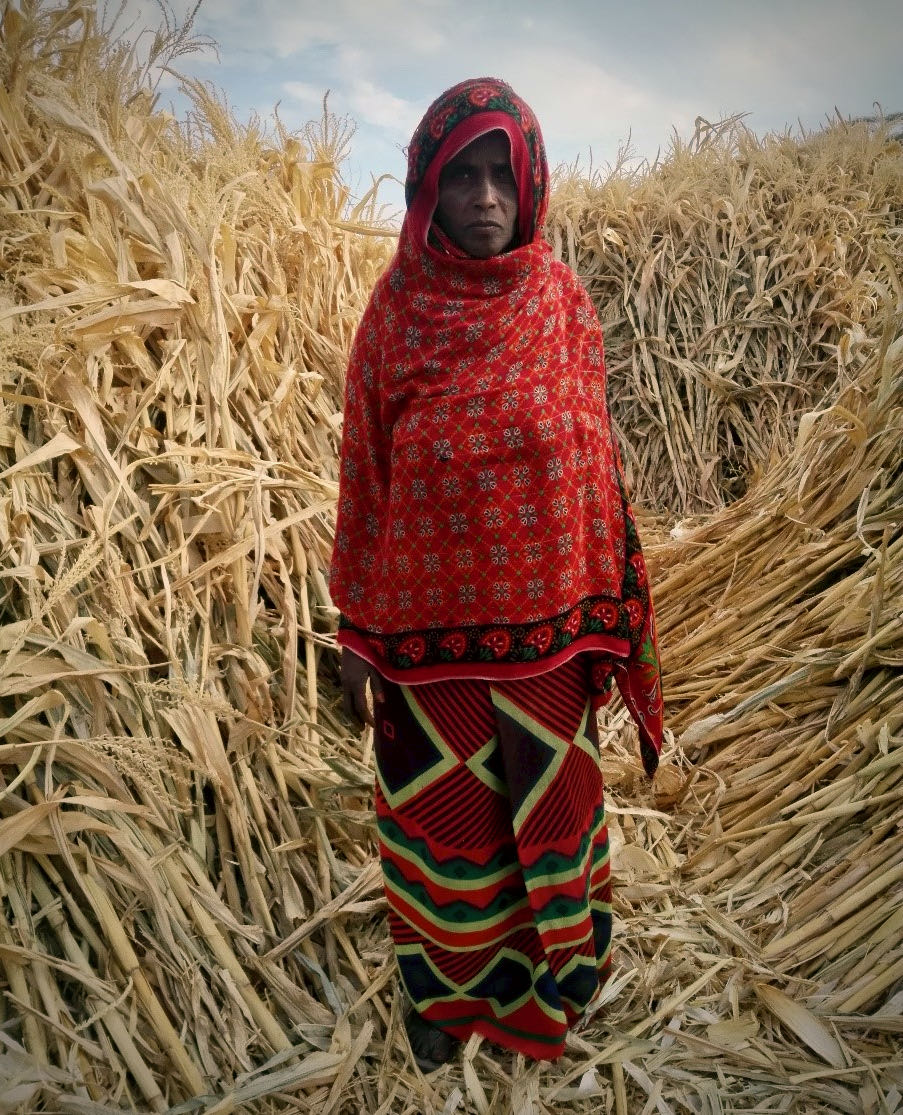 Zahara amidst the straw she harvested ⎮Photo: ©GIZ / Indris Siraje

Living conditions in Afar are tough, for women even more so. Pastoral livelihoods depend on degrading natural resources and unpredictable rainfalls. In some places, women have to walk up to seven hours to fetch water for domestic usage. Alternative livelihoods hardly exist, while women are often excluded from other opportunities due to cultural factors and the high illiteracy rate of 70 percent.

The setup of roles in the family is very traditional with strict lines between men and women. Women are to take care of children, domestic duties and small ruminants. It’s not rare that they spent 15 hours a day running the household. In other words, they hardly have any time to do anything else.

The Afar Soil Rehabilitation Project has recently conducted an extension needs assessment with a focus on the needs of the women in the region. It found that the women in Afar were particularly interested to learn more about agriculture as a potential source of income, and they’re worried about water availability, health issues and nutrition aspects. The lack of biomass on the land was forcing them to migrate, but they would usually prefer to remain where they are — especially for their children to enjoy a stabler schooling situation.

A gender-specific theory of change

Against this background, the Afar Soil Rehabilitation Project has formulated a gender-specific theory of change, highlighting entry points to empower pastoralist women within the frame of the project.

The concerns of women remain often unheard. Female representation in public institutions is very low, i.e. five per cent in government positions. In the entire Afar Soil Rehabilitation Project project region, there is only one female development agent. Hence, inclusion in decision-making processes is a hard but crucial endeavour, while sensitizing men for the positive potentials of more participation of women.

The women are particularly keen to join income-generating activities, as this provides them more bargaining power. The promoted crops are chosen also based on the women’s interest to diversify their diets and nutritional benefits – as well as for their possibility to be used as fodder close to their homestead.

Zahara, 43, from Teaboy village of Chifra district, had faced bad fodder shortages for her livestock for a long time. Back then, she had little knowledge of crop and fodder cultivation and water was scarce too. Her relatives regularly donated fodder from their irrigated plots to help her keep the animals alive.

When she first got involved in the flood-based farming pilot with the International Crops Research Institute for the Semi-Arid Tropics (ICRISAT), she learned about the potential in her area. In the first season, she was able to harvest food crops such as beans and maize. She got enough straw to feed her own animals during three months of the dry season and could even return fodder to her relatives, whom she had depended on earlier. Zahara is now an advocate for the flood-based farming approach.

In our own work context, we try to lead by example. In our engineering team, usually a male-dominated sector, we have three very diligent female engineers, who outnumber their male colleagues and tell the foremen on-site what’s what.