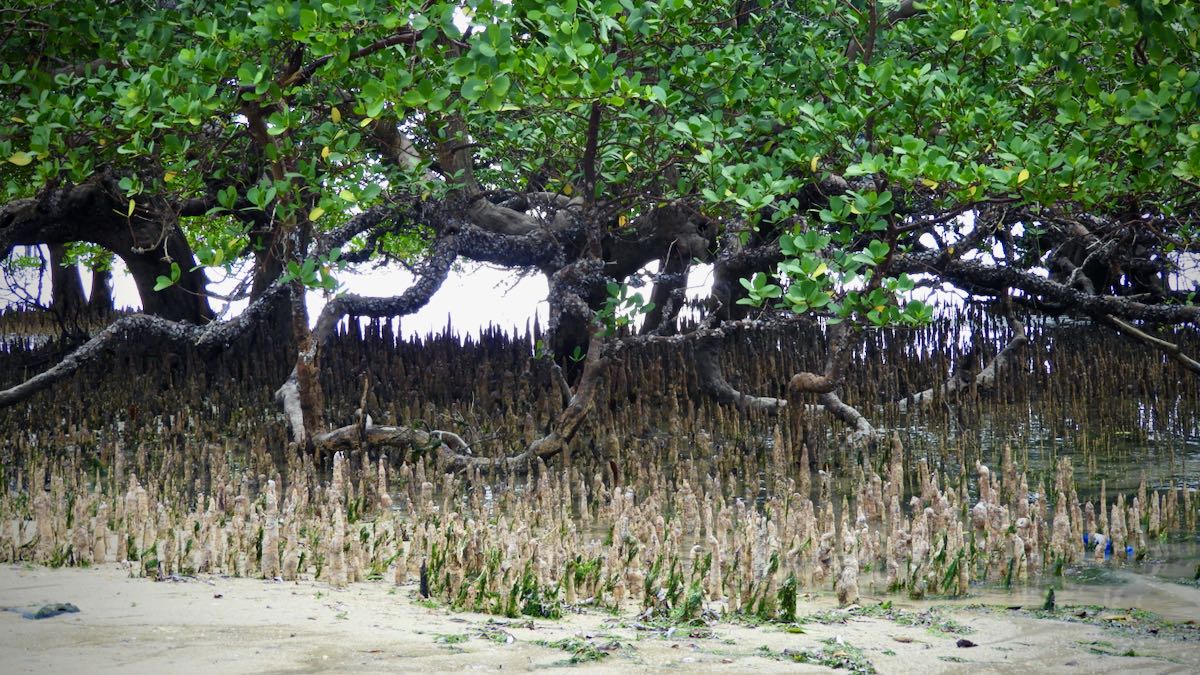 Mangroves are one of the most carbon-rich and species-rich ecosystems on earth. These coastal forests provide food and important ecosystem services to the people in their vicinity.

At times mangroves are literally critical for the survival of coastal communities. They serve as a protective wall against rising sea levels and constitute a barrier to coastal erosion and storm surges.

A mangrove belt of 100 meters in width is capable of reducing the force of storm waves by two-thirds. Compared to artificial breakwaters, mangrove restoration is up to five times more cost-effective.

From a global perspective, mangrove forests also have enormous potential. They store up to four times as much carbon as other tropical forests and are therefore first-class climate protectors as well.

However, it’s a fact that despite their social, economic and climate-related importance, up to two percent of the world’s mangrove forests are lost every year. In some regions, the decline is already reaching dramatic proportions. For example, in East Africa, where mangrove forest populations have declined from over 4,800 hectares in 1986 to just under 2,000 hectares in 2016. This translates to a loss of 60 percent and is substantially higher than the global average. And the trend continues. 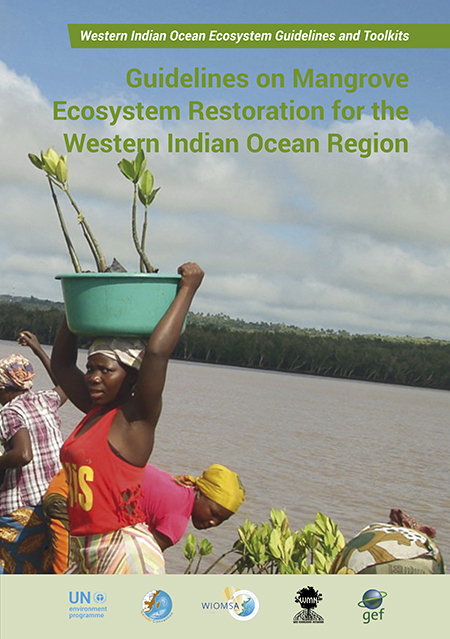 Among other things, this set the United Nations Environment Programme in motion, calling for new solutions in their report Guidelines on Mangrove Ecosystem Restoration for the Western Indian Ocean Region. The 2020 report recommends that coastal residents create incentives for nature-based solutions and take a close look at coastal dynamic processes and socio-ecological eligibility criteria in their restoration measures.

In this context, the authors of the UNEP report advocate a stronger role for multidisciplinary and gender-transformative approaches.

A new concept for sustainable mangroves in East Africa

Tobias Landmann, an expert on geomodeling and an integrated specialist at the International Research Institute for Insect Physiology and Ecology (icipe) in Nairobi, Kenya, has picked up this idea and recently developed a scalable and holistic concept for the sustainable management and restoration of mangroves in East Africa.

At the heart of his approach is the use of globally available and easy-to-use satellite data, which can be used to determine exactly which coastal strips are most promising for reforestation. The data should also provide clues which mangrove-covered coastal sections are suitable for setting up beehives.

Mangroves not only offer protection and habitat for a variety of species in the root zone. Their nectar-rich blossoms are a welcome source of energy for many insects. Therefore mangrove forests can be used as productive bee pastures.

Beekeeping is an important part of the concept of conservation through sustainable use. Local communities are trained in modern beekeeping in conjunction with other near-natural and sustainable acquisition strategies.

Both in the training and in other reforestation measures, women play a central role. Overall, the aim is to strengthen the willingness of local communities to take responsibility for the measures taken.

Environmental DNA analysis (eDNA) from water or soil samples can provide evidence of mangrove biodiversity so that evidence-based decisions can be made and thus provide a further incentive to protect mangroves.

Only a holistic concept that combines nature-based incentives with combining conservation measures and gender-equitable opportunities and raising awareness of resilience to climate change will ultimately lead to sustainable protection of mangroves.