Visiting trees that were planted in Malawi six years ago

“Planting trees is not that difficult,” says Adam Jason when we visit him in his office. “But looking after them until they’ve grown into big, strong trees that don’t need any further care is what many projects fail to include in their planning and budgeting.“

The Salima District forestry officer is clearly very proud of the fact that monitoring was as much a main success factor as the well-thought-out design of the tree planting the Food and Nutrition Security Programme supported between 2016 and 2018.

Adam emphasizes that the survival rate of trees for some of the sites the initiative is working on, is at an impressive 85 percent.

Malawi is severely hit by the negative impacts of climate change

Salima District is one of the intervention areas of the programme. Situated next to Lake Malawi, the landscape is very flat. Inundations and strong winds exacerbated by climate change are problems people in Salima are faced with, Adam explains.

Being a forester, it comes easy to him to suggest a solution that can tackle both of the issues simultaneously. Riverine tree planting can mitigate the impact of the floods and communal woodlots serve as windbreaks.

In 2016, the strongest El Niño event in 35 years left Malawi in a disastrous state.

To contribute to the disaster response and support Malawi in addressing the effects of climate change, the Food and Nutrition Security Programme supported the District Forestry Office and communities in Salima District in their efforts to reforest the most degraded areas.

The goal was not only to contribute to climate change mitigation and adaptation but also to help communities address prevalent malnutrition and increase their resilience to food insecurity.

Over two consecutive years, from 2016 to 2018, 180,000 trees were planted, including fruit trees and nitrogen-fixing trees. The seedlings were procured from local nurseries within the same district and distributed to the communities and individual households for planting. 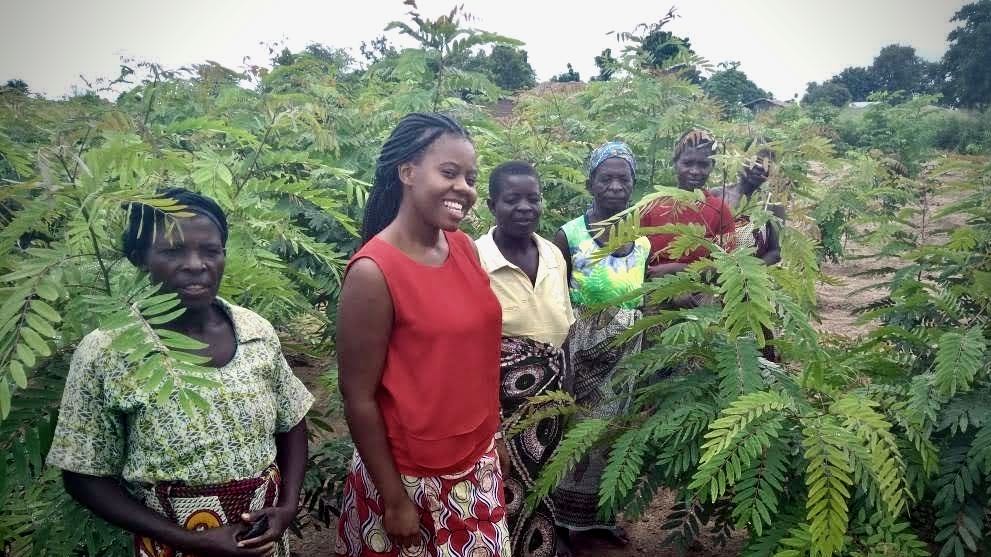 At the time of the tree planting, Group Village Head Woman Solomon is the first from left
Photo: © GIZ 2017

More than five years later, we visit one of the sites and meet Group Village Head Woman Solomon who’s responsible for 50 households.

She takes us to the woods the community has been able to establish with the programme’s support. It’s indeed a small forest in which we find ourselves, just a few steps from her house! Trees are about double as high as the taller men who accompany us. With the seedlings they had received from GIZ, the community was able to plant one hectare of forest.

With pride, they show us that there is more wood growing across the road. Using their own resources and initiative, the community has managed to double the size of the forest and is now benefiting from two hectares of trees which is providing enough firewood for the 50 households who participate in the initiative.

Apart from collecting fuel from the community woods, Solomon happily tells that they’d not been experiencing any wind blows. Women were spending less time collecting firewood and the trees generated additional income for community development work.

“School buildings have been constructed from bricks burnt with wood from this forest!” Solomon says. Even bushmeat might be available in the future.

In our conversations with the female leader and the other community members, we identify the main success factors for the forest stand to survive until now.

Communities took the lead, they were engaged when the seedlings were procured and took care of trees after the planting — all with the support of the forest extension officer, Alfred, who also supported them with expanding the forest area over time.

Solomon notes that there were never any issues with trees being damaged or too much wood being extracted from the forest. Goats were kept away by spraying young trees with a watery goat-dung solution.

Alfred estimates that he visited the community almost on a weekly basis when the project started. Solomon adds that unity among the members of the group and a vision for the future were also the key ingredients for making the community forest a success.

We ask Solomon whether female leadership might have also played a positive role. While she looks away respectfully, the men onsite laugh and hurry to answer on her behalf: Of course, in their eyes she had only been successful as a woman leader because men supported her leadership. We nod understandingly and make a mental note of wanting to investigate more on how development cooperation can better support women like Solomon to become successful unifying visionary leaders of their communities. 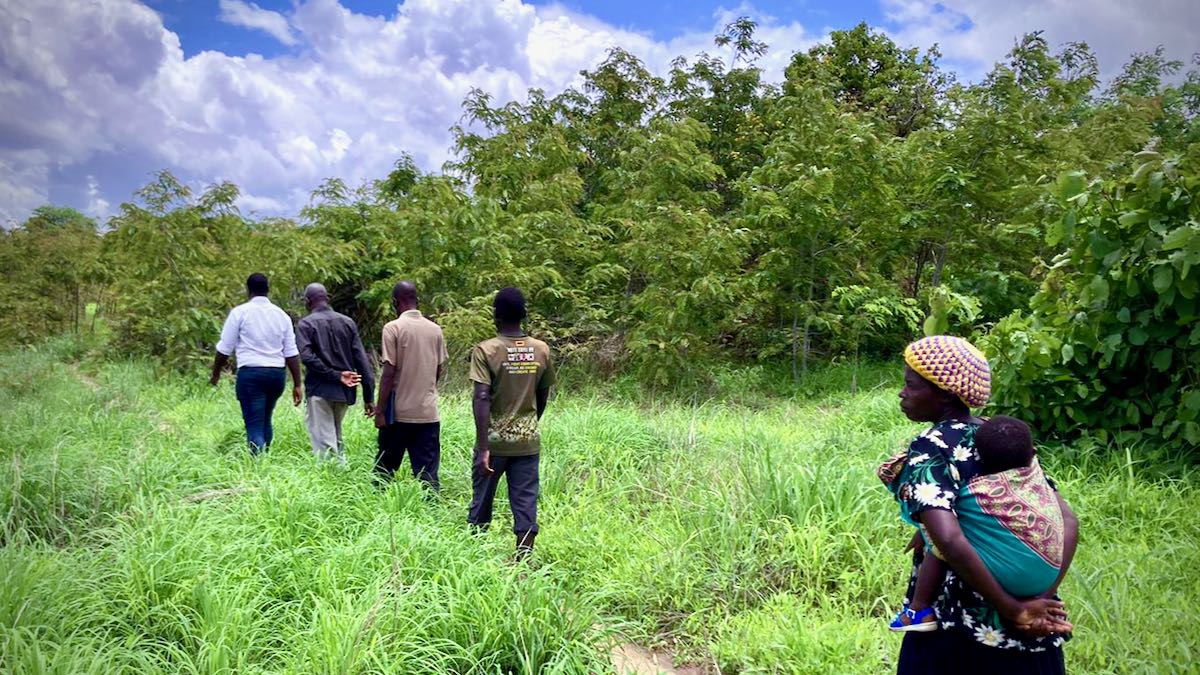 Off to taking care of trees ⎮ Photo © GIZ

What are the future plans of the group?

We ask whether they intend to expand the forest. The community members don’t take long to respond.

The trees in their forest had the perfect height for beekeeping. They’d love to venture into this profitable income-generating activity. And Adam, the forest officer, adds that it would be great to introduce energy-saving cookstoves to the community. With these improved stoves, the demand for cooking energy would be reduced in a way that the two hectares of forests could always provide enough fuel for all community members.

So can this be considered a story of a 100% success?

We ask Adam how the other sites, which we had not yet visited, were doing. His face turns sad. Unfortunately, some of them were hit by the storm Idai beginning of 2019. The sites were severely damaged, and it wasn’t clear yet, how many of the trees could recover.

Once again, this part of the story confirms an old saying that we take with us when we travel back to Lilongwe: The best tree is the one someone planted a hundred years ago. The second best is the one we plant today.

Martina Kress with support from the Team of the Food and Nutrition Security Programme (FNSP), GIZ Malawi.