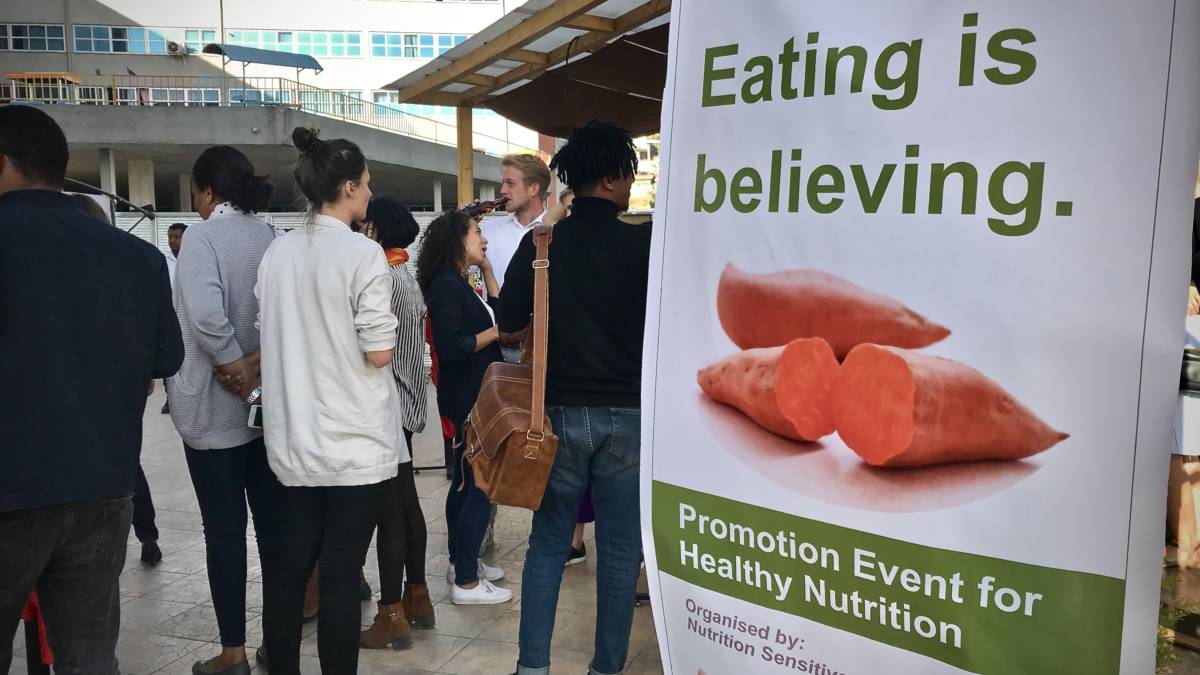 An integral part of food and nutrition security is a society’s knowledge, attitudes, norms and cultural practices around food. This event in Addis Ababa was meant for GIZ staff members from the natural resource management, agriculture and food security sector who were to be sensitized on good nutrition practice and healthy food.

The event was opened with a lively participative aerobic dance session and all visitors joined in, some of them wearing orange scarfs in support of the OFSP.  The buffet, prepared by Women’s Association of Tigray, had various delicious sweet potato dishes, like OFSP stew, OFSP with Swiss chard, mashed OFSP, OFSP leaves. The association is a local NGO which works with Nutrition Sensitive Agriculture Project on providing training and cooking demonstrations for the target groups in the region.

Concluding the event, a sensory taste on the acceptance rate of the OFSP and favorite dish of the day was carried out. The results indicated that OFSP scored high acceptance with the Kita (chapati) made of OFSP, mashed OFSP and OFSP Ambasha (bread) being the favorite of the 14 recipes tested.

Participants enjoyed the buffet, the music and dancing and were very curious to learn more about where to buy the sweet potato in Addis Abeba. It was a great and joyful way to create awareness and increase the staff spirit at Rahem Building at the same time. 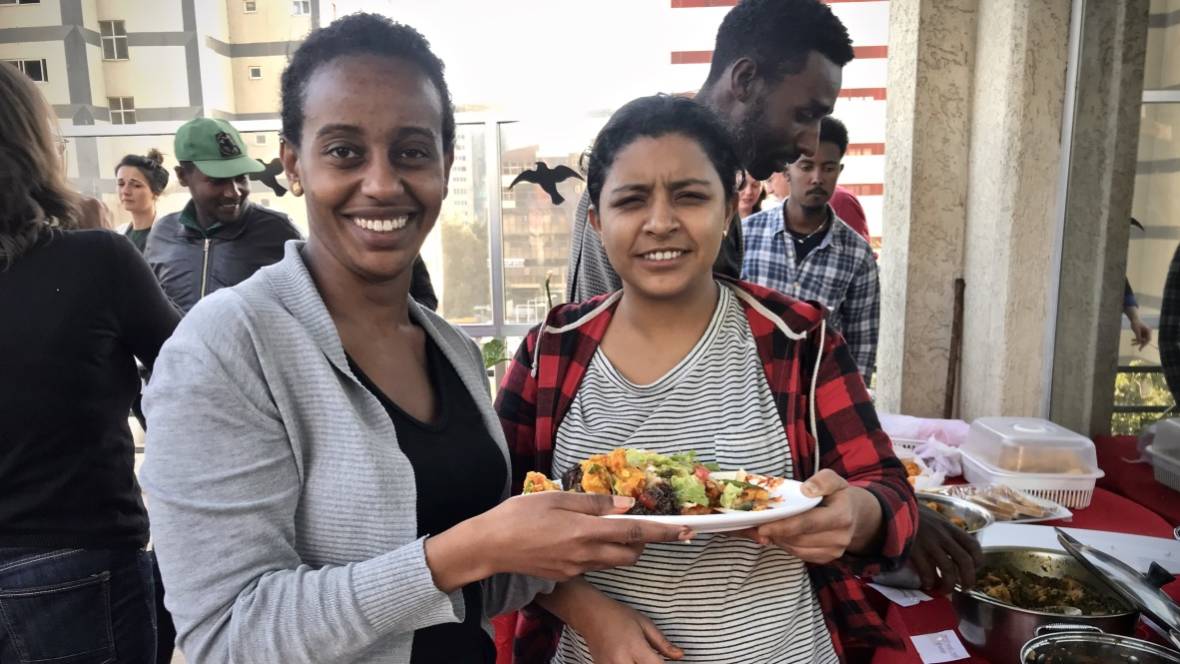 The event focussed on the underutilized and less known orange-fleshed sweet potato (OFSP) and how it can be served in various nutritious dishes.

The OFSP is high in vitamin A which is essential for proper growth and vital for a strong immune system, healthy skin and good vision as well as for avoiding anemia. The nutrient-dense crop is being promoted in the regions of Amhara and Tigray, in close collaboration with the International Potato Center CIP.

Gabriele Schulz, the Nutrition Sensitive Agriculture Project’s component manager, highlighted the importance and benefits of a well-balanced diet. « A healthy diet must be combined with physical activity to achieve a long and healthy life », she said at the opening.

There is evidence that awareness is also key to tackle the increasing rate of malnutrition in cities. Urban malnutrition is characterized by sedentary lifestyle and consumption of processed foods high in sugar and salt, which result in obesity and chronic diseases. 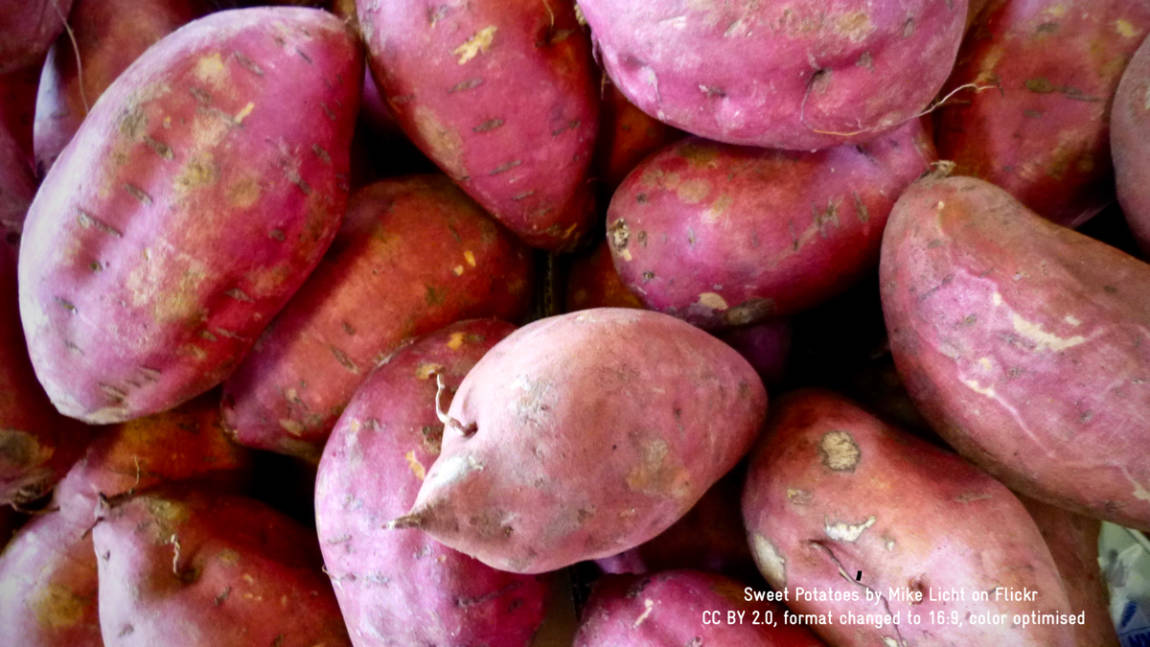 About the Nutrition Sensitive Agriculture Project

The Nutrition Sensitive Agriculture Project is part of the German Government’s ‘One World-No Hunger’ initiative (SEWOH). It aims to improve intake and access to nutritious food, particularly women of childbearing ages and children under the age of two in selected districts of Amhara and Tigray regions in Ethiopia.