A Strong Voice for Equal Opportunities 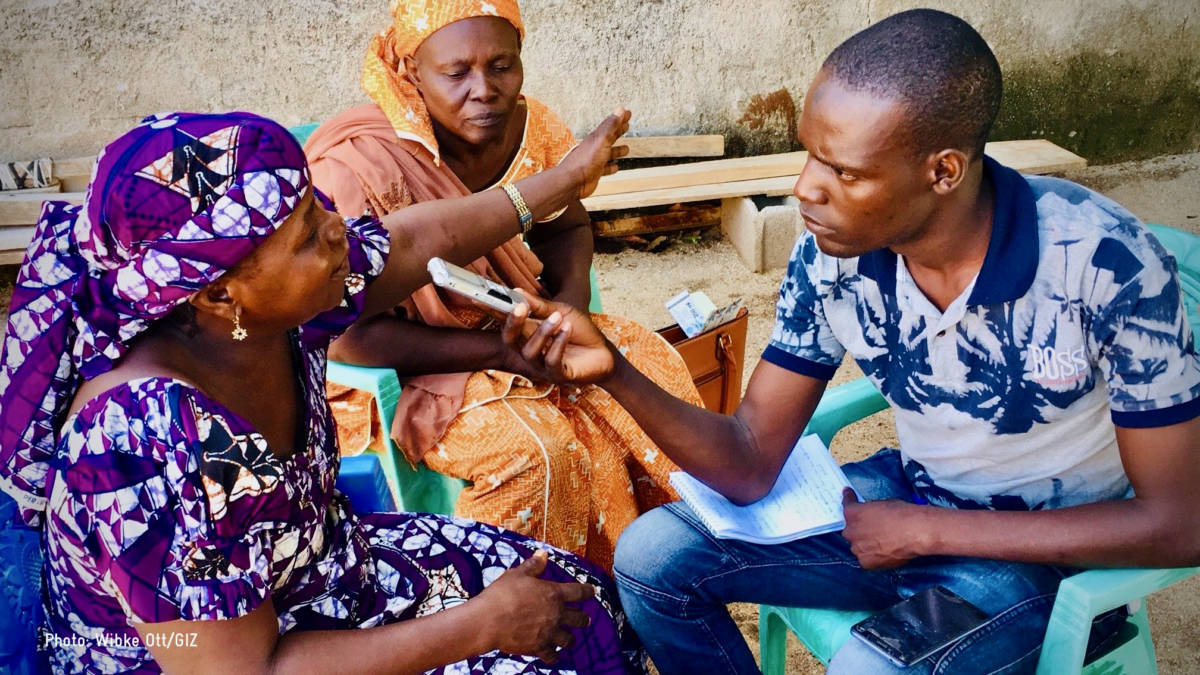 Five stations in Cameroon’s rural north have produced a programme series on micro-entrepreneurs operating in the area of non-timber forest products. In fifty sequels the women talk about their businesses and the challenge to assert themselves in a male dominated society.

At prime listening time women entrepreneurs elaborate on how they run their businesses. Too often marginalised and side-lined, a series of ten radio shows produced by five different stations provides these women with a veritable platform to share their experiences with others.

« The stories of strong, rural women entrepreneurs thus receive the attention they deserve, » says Désiré Tchigankong, head of GIZ’s Forest and Environment Programme office in Maroua, the regional capital of the Far North Region. It is the women themselves who demonstrate to their listeners how they set up and run their business.

Collecting and processing non-timber forest products is considered « female labour », which by default makes most women in the region potential business owners.

Working with non-timber forest products usually doesn’t earn women a living. It’s a supplemental income. The gathering is time-consuming, processing labour-intensive and commercialisation far from effective. Yet, the products have great market potential. Some are even world-famous: Shea Butter, Moringa and Neem have made it onto the shelves of western drugstores. Unfortunately, not yet those made in Cameroon. 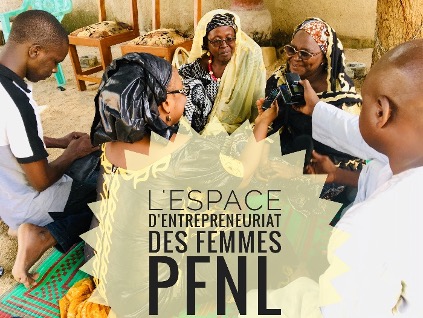 The project aims to promote

The “business ladies”, as Tchigankong calls them, work under adverse conditions: The climate up north is arid, the soils are severely degraded, the security situation tense, society patriarchal and religious institutions interpret sacred writings to the detriment of women. Girls grow up in an environment that restricts their economic and educational opportunities from childhood on. A lack of economic prospects aggravates the situation in a region where staggering three-quarters of the population live in absolute poverty.

Income alone does not lead to empowerment. « Appreciation and equal power relations mean that women decide for themselves about their income, » explains Wibke Ott. As a gender expert for ProPFE, she works with the stations and women’s networks.

Wibke stands in a dimly-lit room in front of a small mixing desk with three microphones. Echo de Montagne from the border town of Mokolo uses this space as a studio. Wine-red fabric on the walls deaden the sound of the rain outside.

Host Habsatou invited three female entrepreneurs to today’s programme. Yesterday she returned from a conference — one day earlier because of us, she laughs. Habsatou asks very direct questions. The purpose of the interview is to discuss their practical experience and give hands-on advice to her audience.

She asks Mana, a businesswoman from Maroua, about the production costs of neem oil. « Only in this way I can get the attention of my listeners. After all, they want to know how they can best pay their children’s school fees, » says the journalist. The ladies answer her questions for 30 minutes. Mana illustrates how she set up her business, how she plans her costs and how she markets her products.

Aside from school fees and production costs, she also speaks about men. « You can’t strengthen women’s rights without including men, » emphasises Wibke. This is based on her own experience as a journalist. Apart from Habsatou, all other journos are male. The ten started the production in June 2019. « We have already produced six programmes and the work with the women’s networks is going well, » says Habsatou.

From traditional role models and female entrepreneurship to environmental protection, the radio programmes have a wide variety of themes.  « However, the most important focus in terms of content is the Processor Business School approach, to which the radios have already devoted four programmes. The business ladies are experts on that », explains Haiwe who is a junior consultant in Maroua since 2016.

In addition to economic problems, people in the region have also been suffering under Boko Haram for years. Barely 30 km from the Nigerian border, the inhabitants of Mokolo were particularly often the target of Islamists. According to the International Crisis Group, the conflict has already claimed more than 2,000 lives and at least 7,000 women and girls have been the victim of sexual violence by the terrorist group.

The other radio stations are less at risk. However, they are also in remote locations. Bangao operates from Meskine, Radio Labar in Maga and Bon Berger broadcasts from Kaélé. Woila FM is the only radio station based in the regional capital Maroua.

At Radio Bangao, Raskam welcomes us. Like his colleagues, he stresses the importance of female entrepreneurs as role models. In his programme, he focuses on marketing and the costs incurred by women entrepreneurs.

From idea to concept

In January 2019, Wibke and her colleague Bertrand Haiwe developed the radio concept. In a participatory kick-off meeting, they brought together radio journalists, women's networks, women entrepreneurs, UNWOMEN and other civil society actors.

UNESCO and UNWOMEN had already experience working with radio stations at that time. Both organisations supported the planning process and advised ProPFE on the cooperation. "The formalisation of our cooperation in a MoU was a particular challenge for us at the beginning," Wibke recalls. The group quickly agreed that radio is the right medium to give business women a stronger voice. "Radio is the most important source of information here in the North," emphasises Haiwe.

To prepare the journalists for their work and promote interest in social justice in rural areas, she developed two gender training sessions. “With methods from feminist pedagogy, I wanted to focus on the experience of the participants. This way, people are then more likely to be committed to social justice as a result," says Wibke.

So far, Bertrand and Wibke are satisfied with the results of their work. "The stations are incredibly motivated," reports Haiwe enthusiastically. After the pilot project, the topics must be firmly integrated into the broadcasting schedules. "We are confident that the stations will stay on and hope that the GIZ will continue to use and support radio," Wibke sums up. 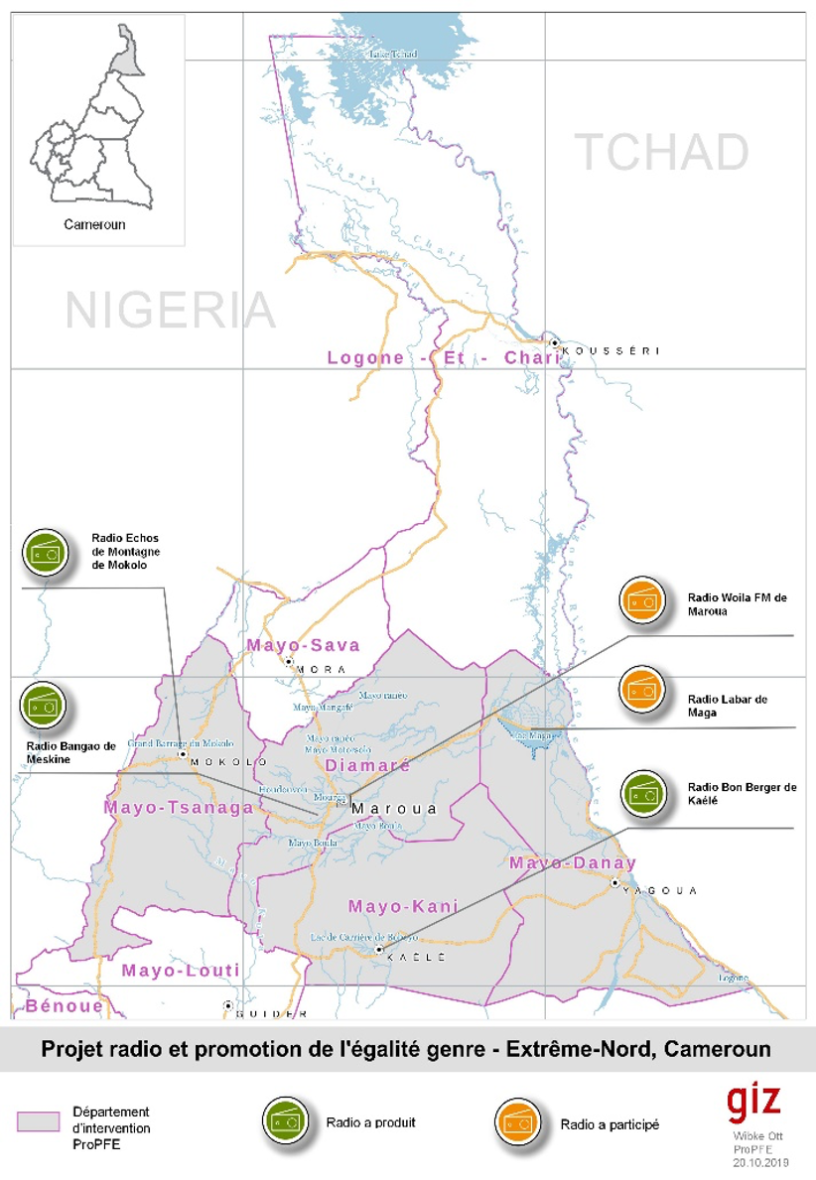 The copy has been provided by Wibke Ott and Sven Schuppener.

Wibke, who is a development aid worker on Gender, Well-being and HIV in the programme Forest and Environment ProPFE can be contacted at Wibke.Ott@giz.de; tel: +273650285020