Skip to content
The Cashew ⏤ For Many Africans a Miracle Tree

ComCashew showcased at the International Green Week fair in Berlin 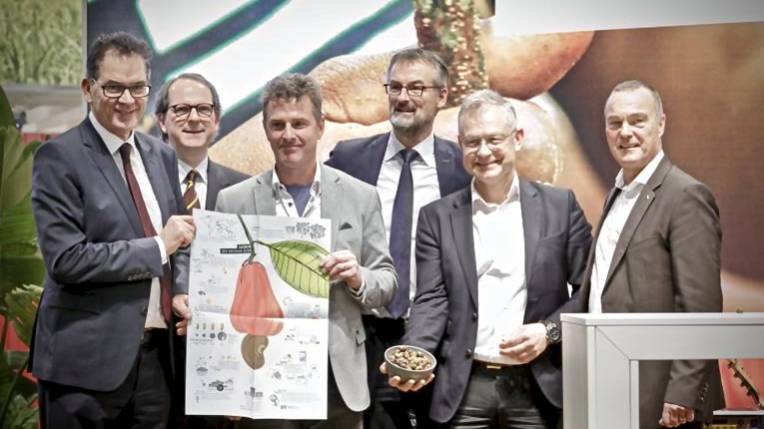 At this year’s fair BMZ chose cashew to feature as their key value chain alongside those of Cocoa and Coffee because of its remarkable success story. For the past ten years, promoting a competitive African cashew sector contributed to the creation of 530,000 jobs in Africa ⏤ work done by GIZ’s Competitive Cashew initiative project and its public and private partners.

The Green Week, the largest agricultural trade fair in the world, with over 400,000 visitors, provided BMZ with a platform to engage thousands of visitors on the topics of sustainable and fair consumption as well as to remind people of their responsibility to continue striving for a world without any hunger.

For the fourth time in a row, BMZ proclaimed their official goal ONE World No Hunger by 2030 using the slogan I want fair, which aims to encourage Germans to make a difference to the living situation in Africa by purchasing fair-trade products for themselves.

“All too often, our prosperity still comes at the expense of people in developing countries. Cashew, coffee, cocoa, the cotton in our shirts or metals in our electronic devices – many everyday products are made in intolerable conditions or using exploitative child labour. It’s also a wake-up call for consumers: buy carefully. When you take your first bite of chocolate, you should be aware whether children have had to graft in West African cocoa plantations to make it.” — German Development Minister Gerd Müller emphasised.

In many places in Africa, the cashew tree is seen as a « miracle plant » because of the enormous properties of the tree. It is adapting to climate change flourishing at sites where many other plants have started to perish and disappear. In this way it offers small farmers a source of income with a future perspective. Beyond the farm level an additional 400,000 jobs could be created, if all cashews grown in Africa were also to be processed locally as well.

In terms of European consumption, most kernels are eaten in the Netherlands and Germany. 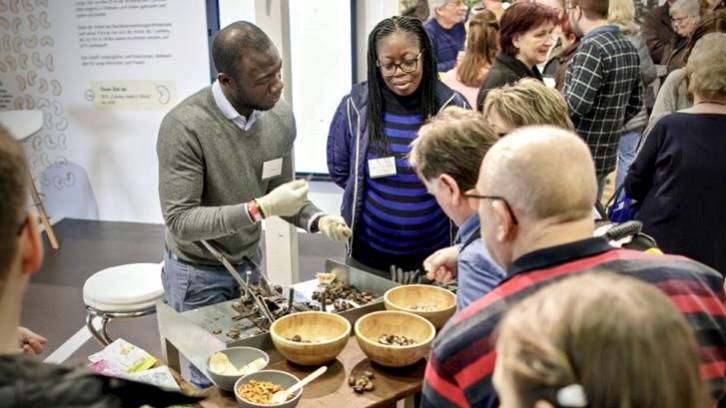 Highlights of the cashew stand

Visitors walked through an artificial cashew plantation, with an intercrop of groundnuts and maize. The aim of this station was to highlight the advantages of mixed cropping in cashew plantations with the core message: cashew is a good additional source of income for smallholder farmers.

Displayed of how cashew is harvested. In the first step the plant is introduced. Cashews are the seeds of the cashew apple. The apples grow on a widely branched tree. Unlike most other fruits, the cashew kernel hangs at the bottom on the outside of the apple.

was displayed at the further processing station. A virtual reality film shot in Burkina Faso gave visitors a 360-degree view and a direct journey to a cashew factory in West Africa. In addition, A cashew cracking machine was also displayed with a demonstration of how cashews are manually cracked. 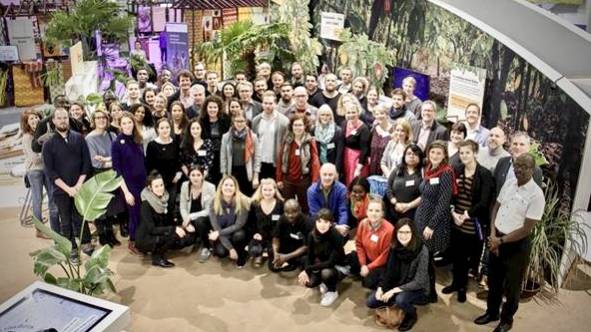 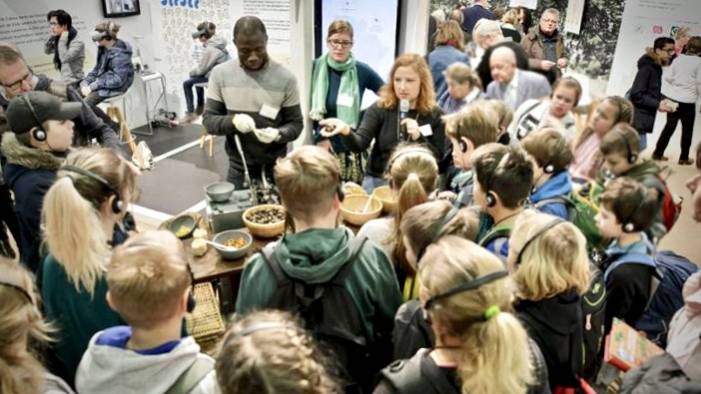 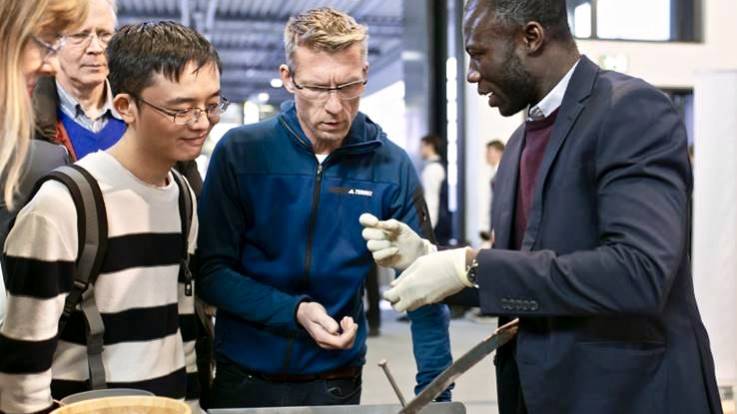 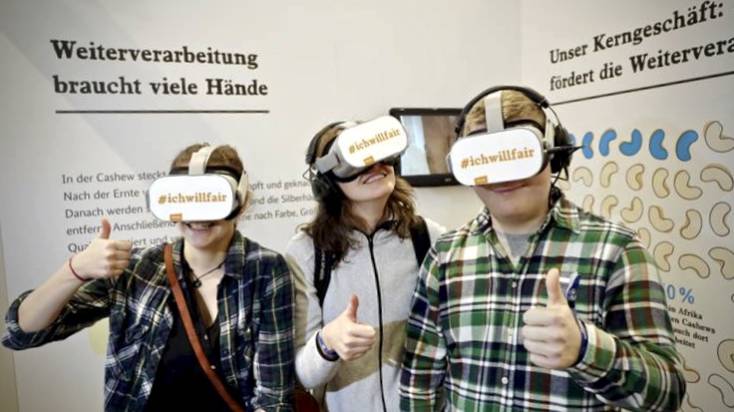